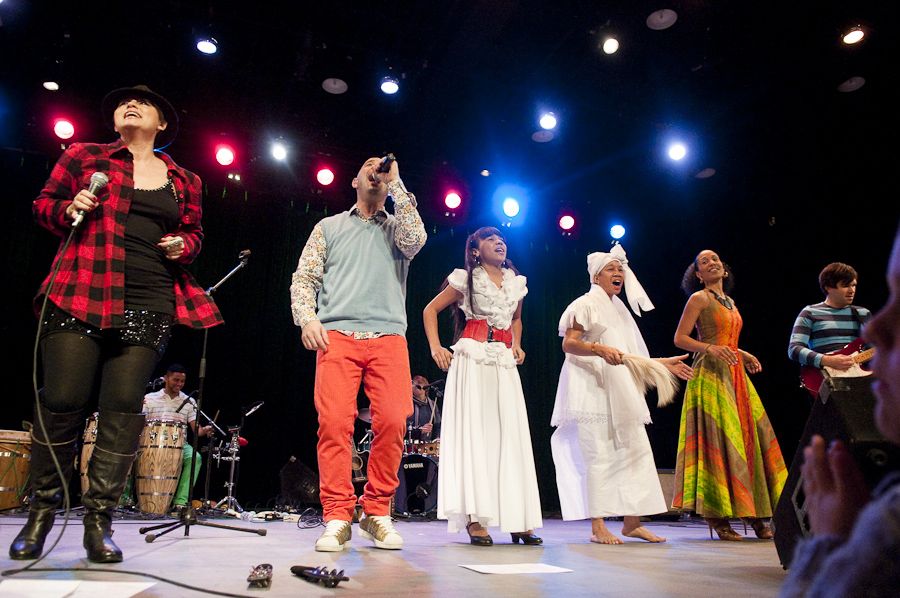 
Named for the playground game they played as kids, Hot Peas ‘n Butter incorporates many languages into their performances - English, Spanish, French, Korean and Hebrew just to name a few!